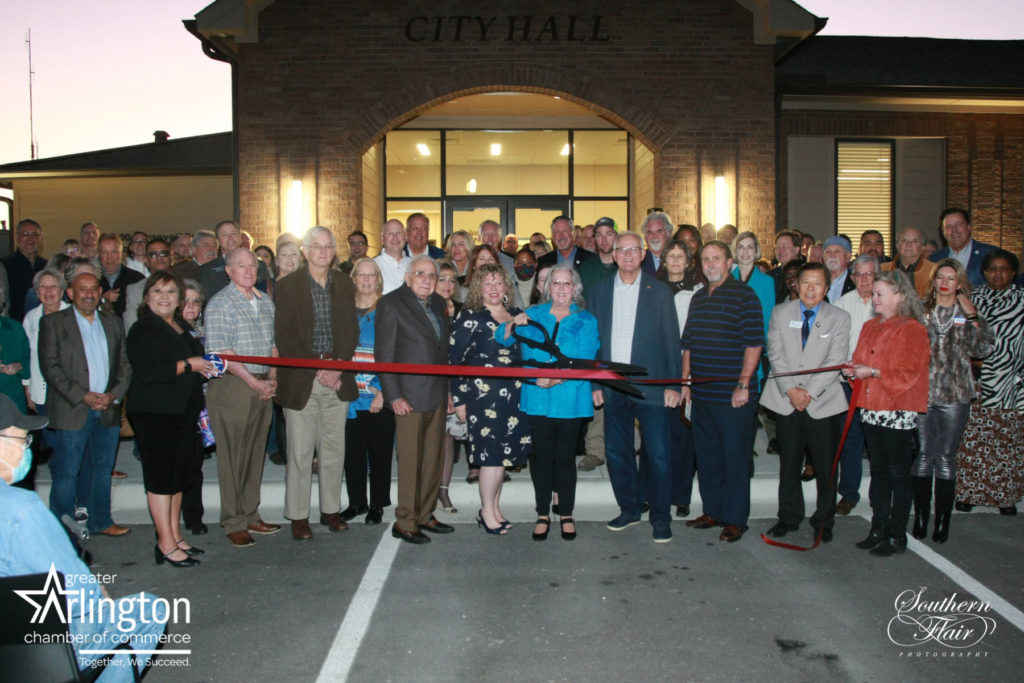 The Chamber Ambassadors held an amazing Ribbon Cutting at the City of Dalworthington Garden’s New City Hall in Arlington on Nov. 18, 2021!

The new Dalworthington Gardens City Hall building is dedicated to the citizens of Dalworthington Gardens who faithfully support the community. The new City Hall is the ideal representation of DWG – a place where new ideas flourish, prosperity and growth are encouraged, and most importantly, a place where every citizen is valued and appreciated. This is your City Hall, citizens of DWG.

While the current Mayor and Aldermen of the City of Dalworthington Gardens are honored to dedicate the new City Hall to the citizens of DWG, they also want to recognize they stand upon the work of many others to bring this project to fruition. In 2006, former Mayor and City Council had the foresight to purchase the property adjacent to the current City Hall for future expansion. Over the years, various councils worked on plans for expanding the existing building. The project finally found its direction under the guidance of Judge Kimberly Fitzpatrick, former Mayor, when it was determined that a separate building for city administration would be the best course. They ordered a bond election for May 2017 and the citizens supported the idea by passing the bond proposition. Soon after, a building committee, composed of two members of council and the City Administrator, began putting together an RFQ for the project.

This committee continued its focus on completing the task, even with changes in membership. The contract was finalized for construction and the City Administrator, Lola Hazel, oversaw the project to its completion.