Where the American Dream Comes True

The Greater Arlington Area is the right choice for your business. The combination of second-to-none business attributes and well managed, pro-business government uniquely positions Arlington for sustainable economic success.

Arlington is synonymous with “Can Do.” Throughout our history, our community and our leaders have dreamed big, developed a vision, created opportunities and delivered. Time and time again, whether it’s convincing General Motors to build an assembly plant, recruiting the Texas Rangers and the Dallas Cowboys or becoming the home of the National Medal of Honor Museum we are the place where dreams and big ideas become a reality.

Our Government is well-run, innovative and business-friendly. The City of Arlington has been recognized as the best run City in Texas by WalletHub for the second consecutive year and recently received recognition from the Bloomberg Foundation as one of 13 cities in the United States that best use innovation to improve service. The State of Texas has been recognized as the top state for economic development by Site Selection Magazine and received the Governor’s Cup for its fifth consecutive year. Texas was also named the Best Place for Business based on a survey of CEOs by CEO magazine for 15 consecutive years.

There is no better place in the United States to reach markets, talent and develop efficient supply chains. Arlington is at the center of it all. Arlington sits in the center of the fastest growing economy and region in the United States, the North Texas Region. We are equally distanced, about 15 miles apart, from Dallas and Fort Worth. Just 10 minutes directly north of Arlington is the Dallas-Fort Worth International Airport which is one of the world’s leading airports with more direct international flights than any airport in the United States. The highway and rail systems connect us to Canada and Mexico to the north and south and the East and West coasts are just 3 hours away by air.

North Texas grows by one person every four minutes and is expected to double in size by 2050. Arlington sits in the center of the nation’s fourth-largest labor supply with workforce development and educational assets that are preparing our future workforce. Arlington is home to the University of Texas at Arlington, which is the largest University in North Texas and the second largest University in the University of Texas System. Recently UTA was designated as a Tier 1 research institution by the Carnegie Classification of Institutions of Higher Education, the definitive list for the top doctoral research universities in the United States.  UTA offers a strong and qualified alumni base with over 65% of graduates living in North Texas. UTA cultivates talent and invests in research and development, and has an estimated annual economic impact of $17.1 billion. Counting UTA and the other 33 colleges and universities in North Texas, we have over 180,000 college and university students.

The Entertainment Capital of North Texas

Three major sports teams call Arlington home - The Cowboys from the National Football League, the Texas Rangers from Major League Baseball and the Dallas Wings from the Women’s National Basketball Association. The Texas Rangers moved to Arlington in 1972, and the residents of Arlington voted to build a new ballpark, Globe Life Field, which opened March 2020. The Cowboys moved to Arlington in 2009 after the completion of AT&T Stadium, the largest special events venue in North America with capacity for 105.000+ patrons. If you also include all of the major sporting events for the University of Texas at Arlington, a Division-I school, there are more than 1.6 million tickets sold to sporting events every year in Arlington. 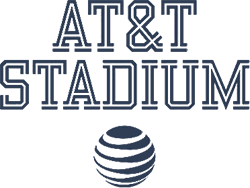 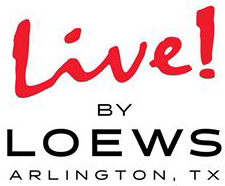