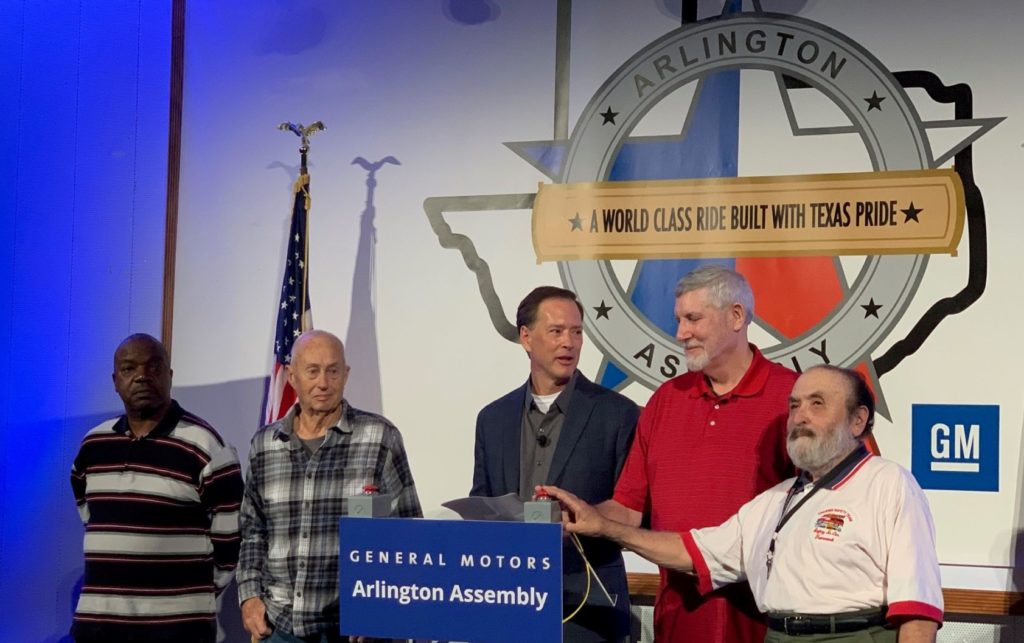 General Motors unveiled its brand new, completely redesigned Chevrolet Suburban and Tahoe this past Tuesday, December 10, at the GM Arlington Assembly Plant. The suburban celebrates its 85th anniversary this year and serves as an icon for the Chevy brand as the longest-running nameplate in General Motors history. 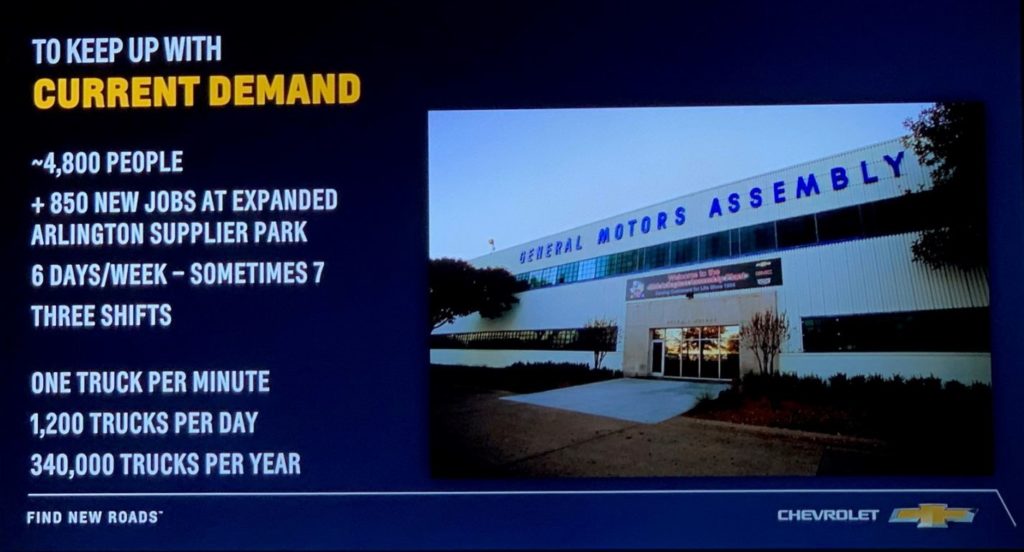 This unveiling was paramount to General Motors and their success as the industry leader of the full-size SUV. GM made sure this event was more than an unveiling of the most innovative family SUV on the road; this was a celebration of the people that work 24 hours a day six days a week (sometimes seven) to build the Suburban and run GM’s largest assembly plant. Producing one vehicle per minute, Plant Executive Director Bill Kulhanek thanked UAW 276 for their hard work and dedication. Kulhanek than asked four UAW members who had worked at the Arlington Assembly Plant for 50+ years to come to the front. Arthur Bracamonte, Bruce Dietzel, Ronald Holcomb and Charles Edwards pressed the buttons to unveil the 2021 Chevrolet Tahoe and Suburban.

GM also took a moment to thank the City of Arlington for their unwavering support and how they’ve partnered with the City to drive economic development since the plant’s inception in 1954. Last year, General Motors announced a $5 billion investment in US production of new, full-size pickups and SUVs. As part of this investment, the GM Arlington Assembly plant is expanding 1.6 million-square-feet. The expansion will support the production of the 2021 Chevrolet Tahoe and Suburban while bringing the GM Arlington Assembly plant’s floorplan to 5.75 million square feet. In 2017, General Motors also put together a separate plan to create a supplier park behind the Arlington Assembly plant. The supplier park brings more jobs to Arlington and cuts back on environmental impact.