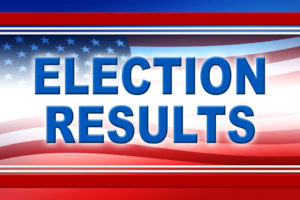 The May 1 election had a variety of local, public offices on the ballot. We’re excited to welcome our new elected officials; we also have some runoff elections.

This congressional district represents all of Ellis and Navarro County as well as parts of Tarrant County. With 23 candidates running, it was predicted this race would result in a runoff. Now that the results are in, there will be a runoff between Susan Wright (19% of the vote) and Jake Ellzey (14%).

MAYOR: The Mayoral race included 7 candidates. No candidate hit the required 50 percent of the vote. The runoff election on June 5 is between Jim Ross (47%) and Michael Glaspie (21%).

DISTRICT 3: The June 5 runoff election will also include the District 3 City Council seat. The race will feature candidates Diana Saleh (32%) and Nikkie Hunter (31.5%).

District 5: Encompassing South Arlington and Mansfield, these election results are not conclusive due to it being such a close race. The three candidates were Sherry McCullouch (32%), Leonard Hornsby (31%) and Christi Clanton (31%).