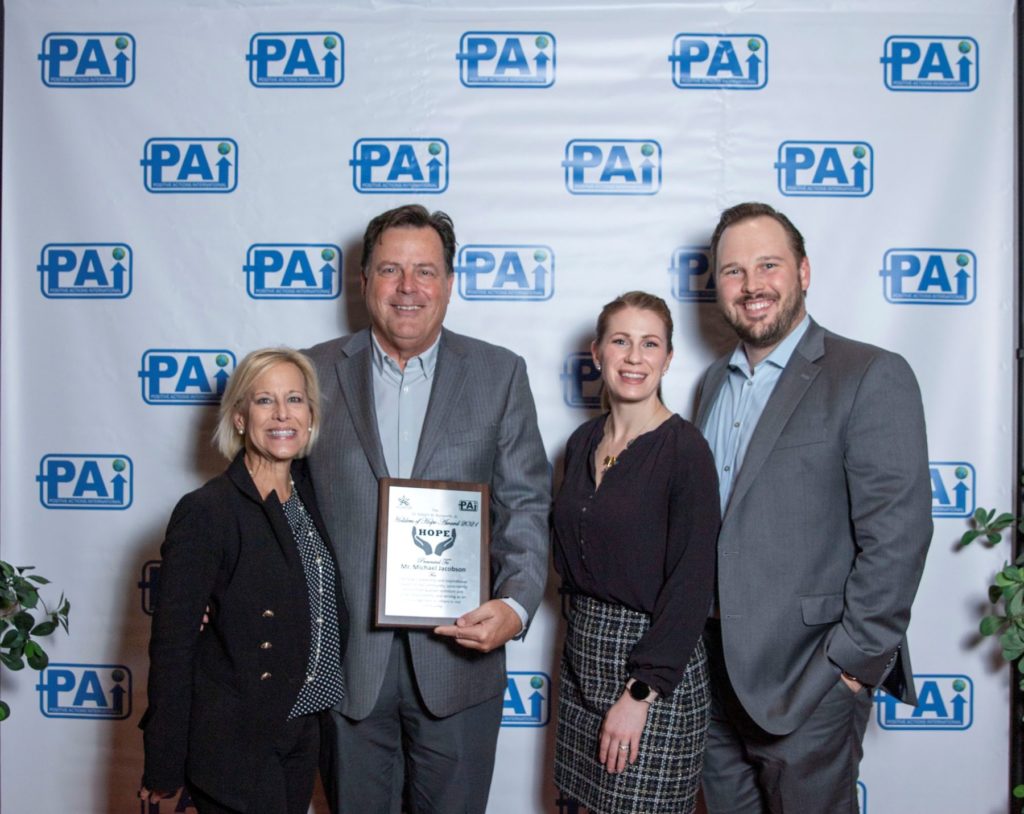 The Holders of Hope Awards is a new award ceremony that shows off leaders within our community. In particular, the Dr. Robert Bosworth Holders of Hope Award is presented to exemplary leaders across business, government, entertainment, and religious organizations who have demonstrated a commitment to inspiring and supporting the community and reflect the belief that each of us can take positive actions to make a difference and be a Holder of Hope for others. We are so proud of Michael for being one of the six recipients of this award. Other recipients include, Former Mayor, Jeff Williams, Dr. Sajish Jacob, Adriana Lopez, Carmenza Moreno, and Cristina Zuniga.

We asked Positive Actions International’s Director, Esther Scott, to explain the process of how they chose their nominees, as well as the inspiration behind this amazing award.
Scott said that the nominations process considers the following questions:

1. In what ways has the nominee positively impacted the community?
2. How has our community benefited from the work of the nominee?

Both questions were put into the context of how each nominee significantly impacted the community with hope and leadership during the Pandemic.

As far as the inspiration behind the award, Scott informed us that it is based on the life of Dr. Robert Bosworth. Bosworth has dedicated his life to the service of others. As a holder of a PhD in psychology, he has written several books in which he has donated all proceeds to charities and organizations that demonstrate a culture of life for those who need it most in the community. Dr. Bosworth is the current Canon for pastoral Ministries at the Diocese of Fort Worth.

We would like to thank Positive Actions and Esther Scott for choosing Michael Jacobson as a recipient of this amazing award and we are so excited to see who the future recipients will be!