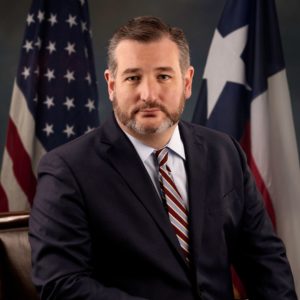 During a Facebook Live presentation with the Coalition of East Tarrant Chambers of Commerce, Senator Cruz stated our country is facing three crises at the same time. He listed the COVID-19 pandemic, the economic crisis caused by the shutdown of businesses and the oil and gas crisis from the oversaturation of foreign oil among the most pressing issues facing our nation. He said that our economy was booming when these three crises hit. It is his hope that we facilitate rapid recovery of the economy as we reopen. You can watch the full webinar at the bottom of this post.

Senator Cruz said he views the HEROES Act passed by the House of Representatives as a purely partisan Democratic party effort. He compared it with the bipartisan CARES Act passed a few weeks ago (which was negotiated by the House, Senate and Secretary Mnuchin).

When asked about a Phase 4 bill, Senator Cruz said we need to pause and let the $3 trillion already appropriated get into the economy and then see where we are. He said that the next bill should be a stimulus bill designed, not to save jobs and deal with the healthcare crises but to stimulate growth in the economy. Cruz said he was open to allowing more flexibility in the way states could use funds appropriated to them.

During the Facebook Live session, the issue of appropriations to state and local governments was raised. Senator Cruz pointed out that many states were in trouble financially before the current crises hit. He singled out Illinois with significant unfunded pension liabilities. “There is no reason the citizens of Texas should be bailing out Ohio’s pension system,” he said.

During the discussion, Senator Cruz made three points about what we need to do differently in the future. First, he said we need to be better prepared for the next pandemic. Second, Senator Cruz stressed the importance of rethinking supply chains. He mentioned how our pharmaceutical industry and our medical supply industry are heavily dependent on supplies from China. Lastly, he believes we need to rethink our relationship with China which has been a topic in Washington for years.

Senator Cruz also stressed how our coming out of the economic crisis we are facing now is going to depend on lower taxes, simplified taxes and deregulation to spur growth. If we come out of this with 1% to 2% growth in GDP each year, the deficits will continue to grow. With this growth, we can get our deficits under control.

Senator Cruz also discussed the importance of protecting businesses and schools from a tsunami of lawsuits with some form of safe harbor legislation. Businesses need to know that when they reopen, they will not face a string of lawsuits that will prevent them from being successful.

Senator Cruz said some wonderful things have come from the COVID-19 pandemic. Churches and communities are coming together to help those in need. Families are eating and spending time together. One neighborhood near downtown Houston has turned into Maybury with neighbors taking walks, talking to each other and staging impromptu get-togethers while maintaining appropriate distances of course.

Our job as Texans is to encourage one another and support one another. We are Texans and that is what we do. We will come through this stronger than ever, and this is a sentiment Senator Cruz believes.